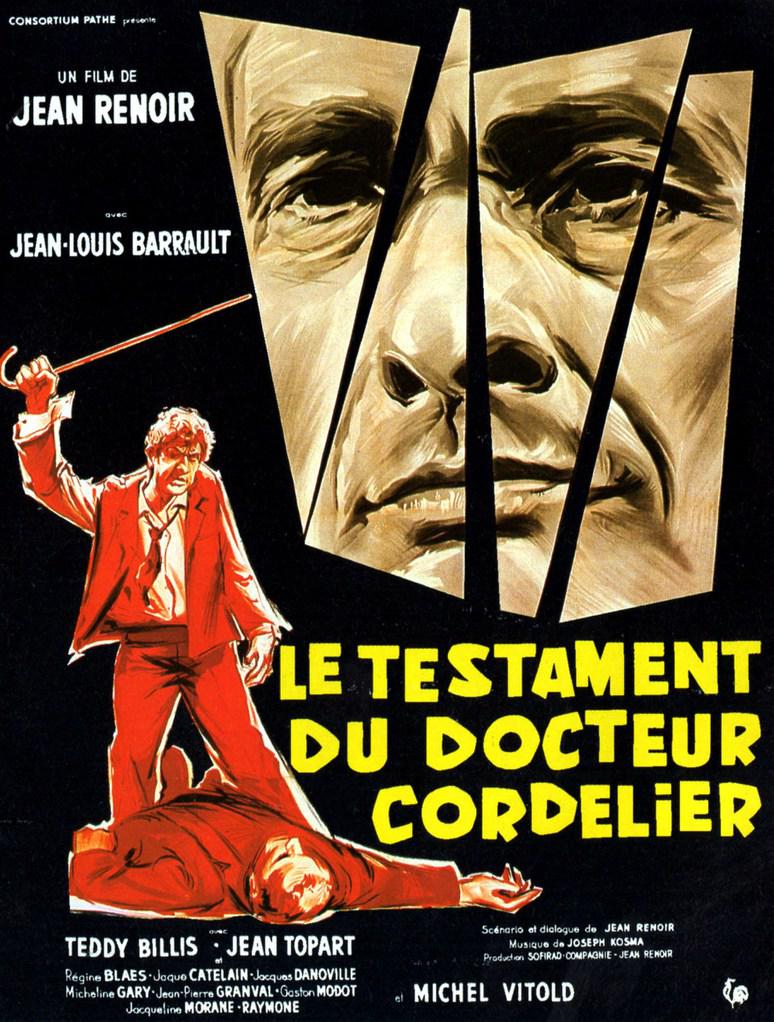 A large house in a respectable suburb of Paris is the residence of Dr. Cordelier, an eminent psychiatrist who has withdrawn from society to pursue his secret research into the functioning of the human brain. His lifelong friend, the lawyer Maître Joly, becomes concerned when Cordelier draws up a will in which he bequeaths his entire estate to a stranger, Monsieur Opale. When Joly discovers that Opale is a misshapen, sadistic brute, who willfully attacks children and women, he cannot understand why Cordelier defends him, allowing him sanctuary in his house. After Opale kills a colleague of Dr. Cordelier, Joly has no other option but to confront Cordelier, convinced that he is under the influence of the evil Opale. In Cordelier’s laboratory, Joly discovers the terrible truth of his friend’s strange behavior.

The Doctor's Horrible Experiment (French: Le Testament du docteur Cordelier) is a 1959 French television film directed by Jean Renoir. The film is a retelling of the novella Strange Case of Dr Jekyll and Mr Hyde by Robert Louis Stevenson set in 1950s France. Jean-Louis Barrault plays Dr. Cordelier/Opale, the substitute for Dr. Jekyll/Hyde character; the film is also known for its visual style that is far above the normal television programs of the 1950s.

Also known as Experiment in Evil, Jean Renoir's Testament of Dr. Cordelier was originally produced for French television. This retelling of the Jeckyll-Hyde legend adheres to Renoir's long-standing leitmotif of the individual who must stand alone because he is incapable of conforming. The original Robert Louis Stevenson story is updated, making several pointed comments about the good-evil dichotomy of the modern world. One problem: by utilizing the standard live-TV multicamera technique, Renoir is never able to impose his own high artistic standards. Telecast in France in 1961, Testament of Dr. Cordelier was never released theatrically in the US, though in recent years it has been made available on videocassette. 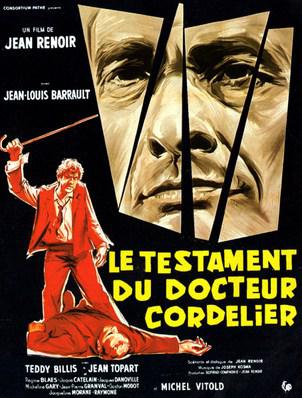 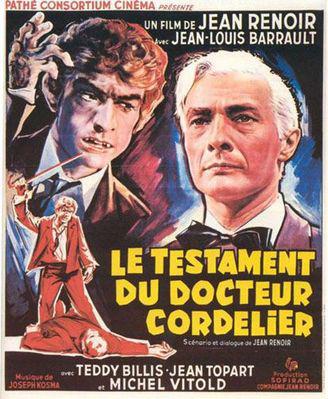