Africa, 2003: mechanisms of a memory. I filmed an image of landscape, and buried simultaneously a film strip in the place where this sequence was filmed. The emulsion, victim of erosion is thus subjected to a biochemical degradation. This landscape in merger, is the logic of a world which reveals itself. A bipolar world, where the invisible takes shape at the same time as the visible, where one dissolves itself into the other and vice versa. 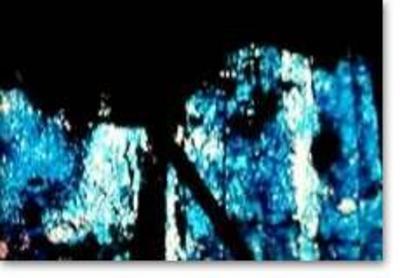