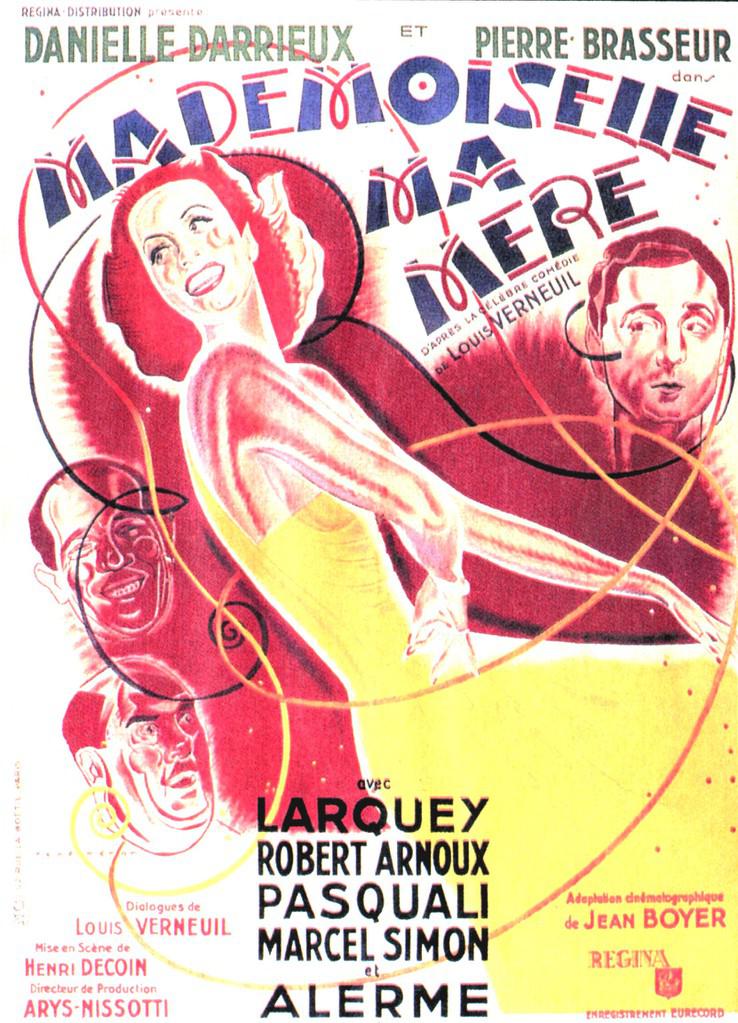 Mademoiselle Ma Mere was adapted for the screen from the stage farce by Louis Verneuil. The title translates as My Mother is a Miss, and thereby hangs the tale. Spoiled rich girl Jacqueline (Danielle Darrieux) vows to marry the seventh man who proposes to her, no matter who he may be. The lucky seventh is Albert Letournel (Alerme), who is old enough to be Jacqueline's father. True to her word, she marries Albert, but only after securing his promise that it will be a sexless union. The fun begins when Jacqueline falls in love with Albert's grown son Georges (Pierre Brasseur), who balks at the notion of romancing his own stepmother. As Jacqueline's rich daddy, Michel Simon watches the screwy goings-on with silent confusion. 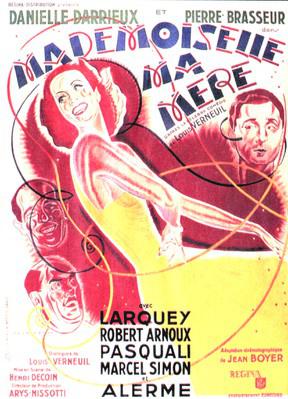 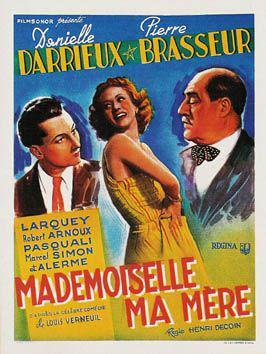 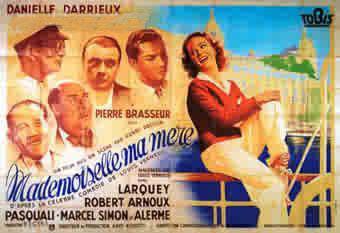