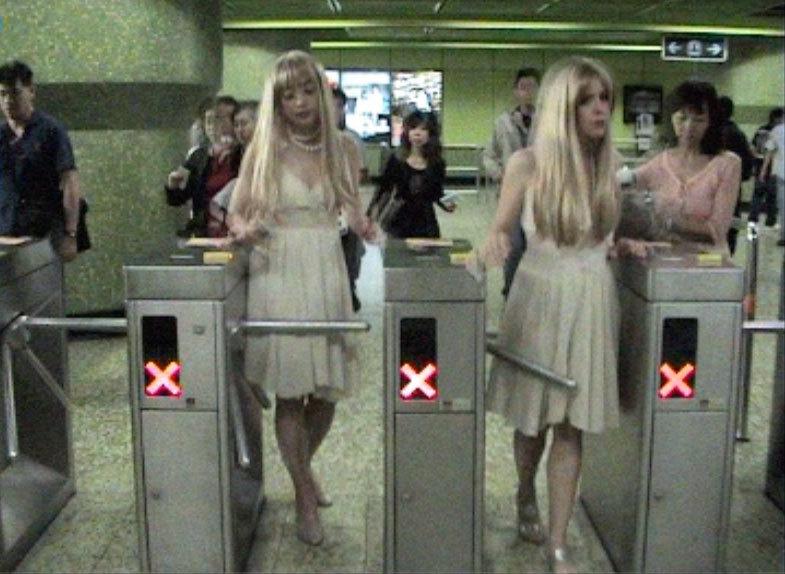 Two Marylin, binomials or clones, land in an overloaded world and roam through the human mass in a labyrinth of corridors, escalators, urban intestines, until they drink a drink which seems to give one of them visions of its double sucked up by a shark's mouth. The wandering falls  into a terrible world where danger articulatesd by tension between the sound of the universe reminding of the awakenings of the mass before the wars and the images of a ghost doll in danger. 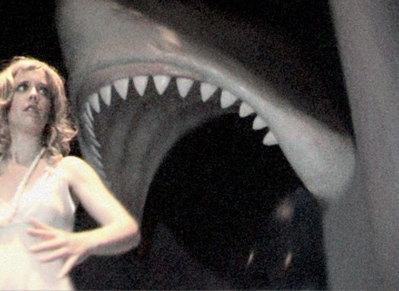 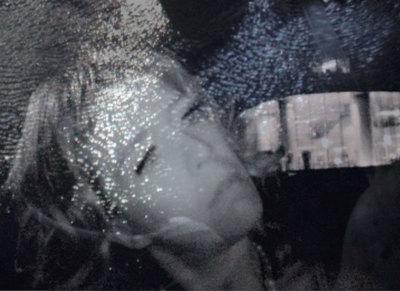 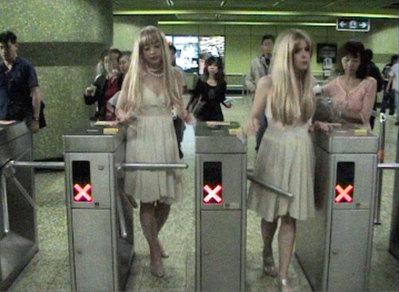