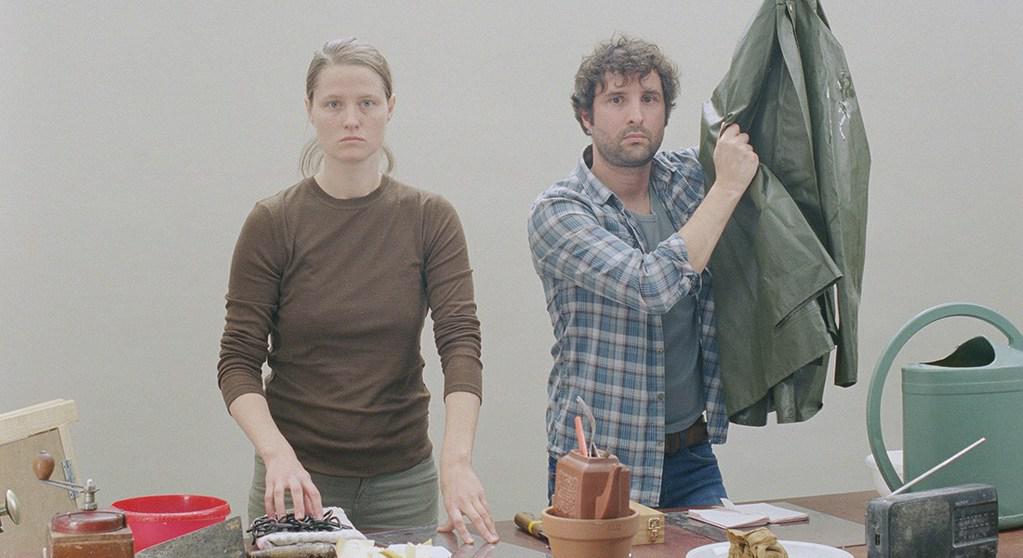 Arr. for a Scene is a documentary of two foley artists while they are producing sounds for one of the most famous film scene in the film history (the shower scene from Alfred Hitchcock’s Psycho, 1960). This performance is documented on 35 mm film. The original film scene will remain invisible while the viewer sees only the foley artists creating sound effects for the scene, such as footsteps, shower and door closing. During the performance, the foley artists are looking straight at the camera. The film inverts the position of the screen and the gaze of the viewer. The viewer becomes part of the scene. The film examines the way sounds are constructed for the use of cinema and what happens when the structures of a film are dismantled into parts. 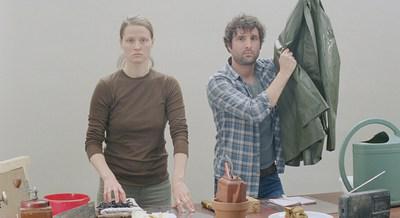