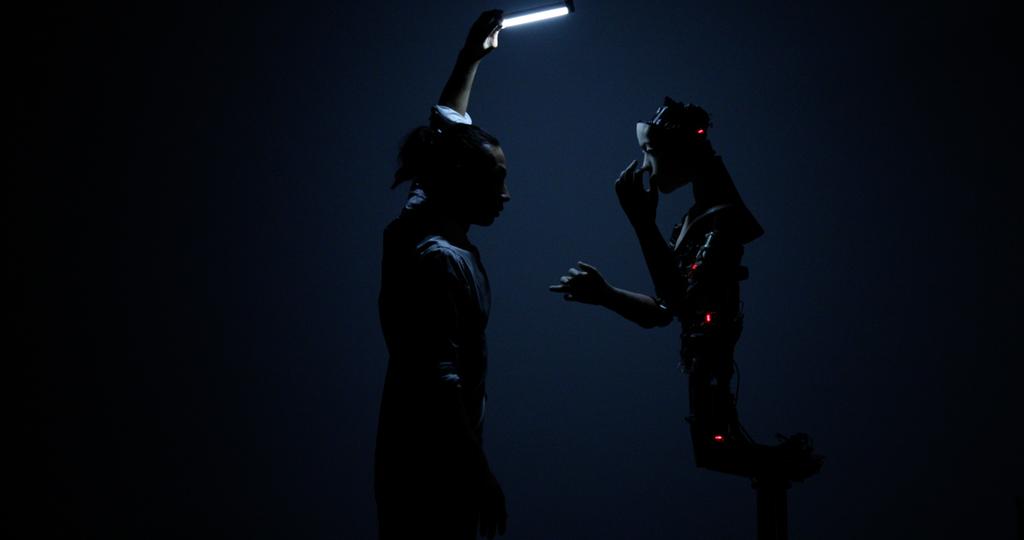 Co(AI)xistence, whose production protocol is similar to a scientific experiment, creates an interface between digital data and human motivity through the sensitive language of art.

Justine Emard has staged the interaction between the dancer Mirai Moriyama and the robot Alter, animated by a form of primitive life based on a neural system, artificial intelligence programmed by the laboratory of Takashi Ikegami (University of Tokyo), whose humanoid embodiments were created by the laboratory of Hiroshi Ishiguro (University of Osaka). Its minimal appearance allows for an emotional projection, by opening up imaginative space.

Endowed with different forms of intelligence, man and robot enter into dialogue through the signals of their respective languages, both physical and verbal. By using a Deep Learning system, the robot can learn from its encounter with the dancer. 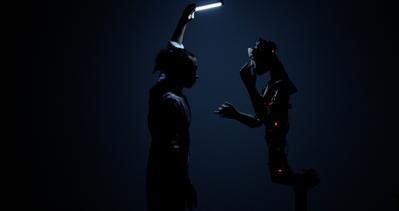