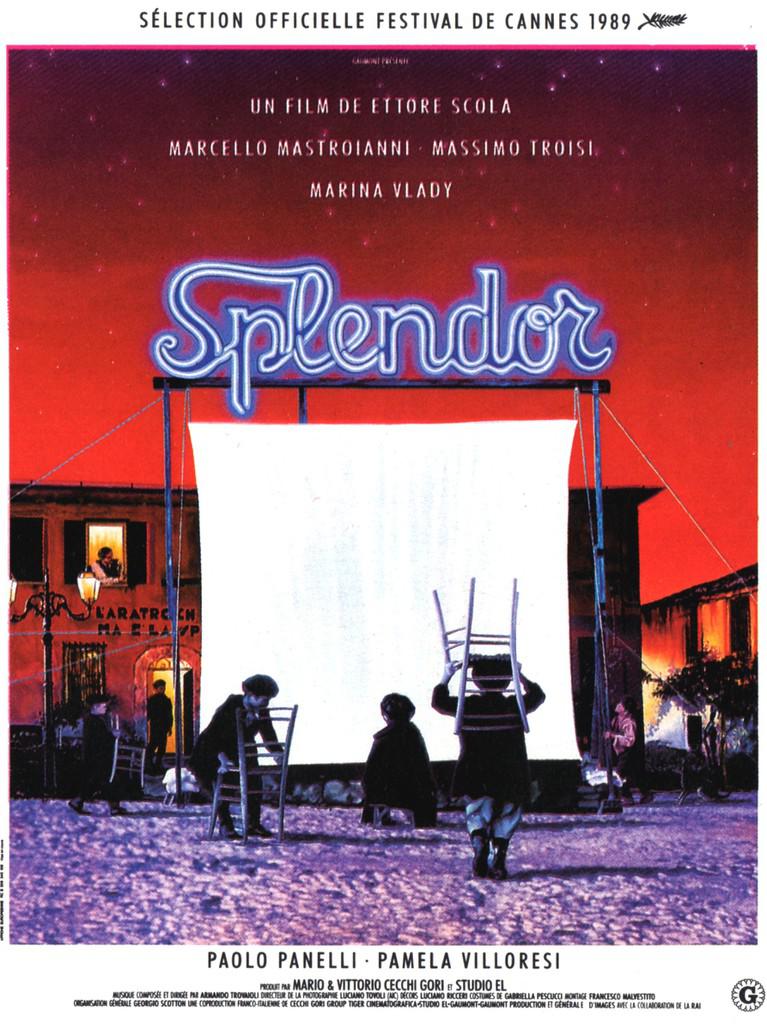 Jordan (Marcello Mastroianni) owns a cinema in Italy, named Splendor. Chantal (Marina Vlady) is his wife and cashier. Luigi (Massimo Troisi) is the projectionist. This film is about the cinema and the films that are shown on the screen. But people stop going to films... This is the story of a man whose entire life has been shaped and supported by the movies. Jordan grew up at his father's movie theater, and after World War Two, he took over as the theater's manager. In those halcyon days, the theater was so popular that police had to be hired to keep the crowds waiting to get in from rioting. Now, however, the theater is losing money and is in danger of being torn down, or sold to a department store. 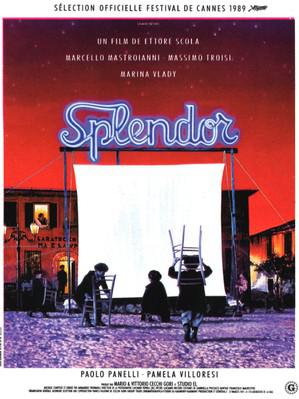 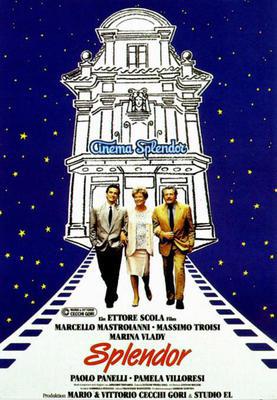