After its third weekend on the screens, the film by François Ozon has crossed the 550,000 spectators mark across the Rhine, holding firm in 3rd place at the box office.

While Germany was one of the last territories to acquire the rights to "8 Women" from Celluloid Dreams, it was a tough battle to secure distribution rights for the film after its triumphant official screening at the Berlin Festival. It was Constantin who finally won out against numerous contenders. The distributor - only rarely dealing with French films, aside from "Asterix and Obelix versus Caesar" - released the film July 11, offering it a modest distribution of 154 prints. It was a choice that reaped fine rewards right from the film's first weekend on the screens. In four days, the film attracted 143,321 spectators, thus registering the best per-print average with 930 admissions per print - tripling the results of the top two films at the box office, "Lilo and Stitch" and "Spiderman."
The film's launch holds promise for a long and successful career, possibly following in the footsteps of "Amelie," released last summer. Having benefited from a similar release pattern, the film by Jean-Pierre Jeunet is still at number 21 at the box office this week, and has clocked up 2.9 million admissions. Other French films holding their ground in the German Top 20 are "The Travelling Birds," with 720,000 admissions and "Tanguy," with 180,000 admissions to date. 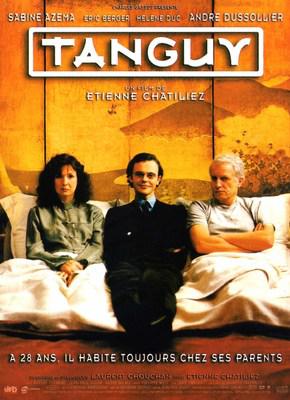