Giuseppe K. is arrested shortly after being promoted to a managing position at a well-established bank. However, due to dubious accusations, he is released and allowed to return to his new position. A few days later, Giuseppe is called to testify, but the appointment is postponed at the last minute. 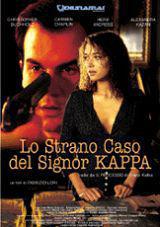