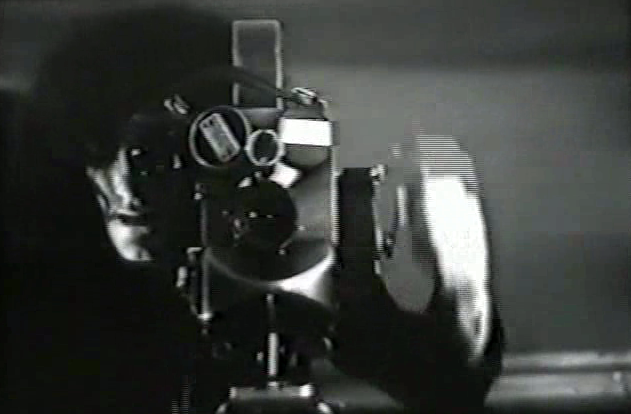 Les Bleu des Origins is an uncompromising example of old school avant-garde cinema at its most cryptic, enigmatic and inscrutable. Made by Philippe Garrel in 1979 using a hand-cranked silent camera, Les Bleu represents absolute year zero in film-making, a return to the starkest basics of film's origins in early silent cinema, replacing any trace of narrative or even dialogue with an emphasis almost exclusively on close-ups of women's faces. The film is black and white, and absolutely silent for its full 50-minute duration.

The total silence feels oppressive: silent cinema, after all, was accompanied by music. The silence, though, serves to ensure the focus on the actresses' faces is absolute, with no distraction.

The faces in question belong to the former Velvet Underground German chanteuse, Warhol Superstar and cult figure Nico, and bohemian French starlet Zouzou. By 1979 Nico had been Garrel's lover, muse and collaborator for a decade. Les Bleu des Origins was the seventh and last film they made together, and marked the end of their off screen relationship as well.

The film's tone is intimate but mysterious and ultimately despairing. It is essentially a portrait of two women, Nico and Zouzou, who are offered up for endless existential contemplation. There is no hint of even the most basic narrative but it is human nature to try to construct one, to try to thread together scenes, which are alternately jagged and brief, and sometimes-long Warholian takes that frankly court boredom.

Garrel offers hints of symbolism that are probably highly significant but remain opaque: Nico examining a jewel in her hand; many shots of both women reading manuscripts or poetry by candlelight; a glimpse of Nico's passport; Nico pointing at the sky; Zouzou writing; Nico folding a letter and putting it in an envelope; Zouzou wielding a knife; Nico as an angel of death with waist length hair in a billowing black cape, filmed in high winter on the roof of the Paris Opera House amidst the gargoyles. Most strikingly, Nico in some kind of dungeon or prison slowly climbing a stone staircase, pausing in on each step, in jerky zombie-like movements straight out of a lost German Expressionist masterpiece.

Nico and Zouzou are mostly filmed alone but sometimes together. What links them? Both women were frequent collaborators with Garrel and had appeared in his films several times before. Nico was romantically linked with Garrel: uncertain whether Zouzou was. Like Anita Pallenberg, both women had been involved with the doomed Rolling Stone Brian Jones. In the 1960s both Nico and Zouzou had been glamorous art-y girls of the moment, fashion models turned singers and actresses. By 1979 both women had hit hard times. Nico, Zouzou and Garrel are all known for their heroin addiction. (Later in her life a Zouzou did jail time and was reduced to selling the Parisian equivalent of The Big Issue outside Paris metro stations).

Again and again Garrel films them in scenes that emphasise their alienation, anguish, distress, isolation, solitude. Both Nico and Zouzou were great beauties, and there is genuine pleasure in lengthily scrutinising them in long silent takes; from shot to shot, though, depending on how the light hits their faces, both can look suddenly, startlingly ravaged, older than their years. Maybe the film is about the hell of heroin addiction?

There is actually a third woman in the film who appears so briefly she is almost subliminal: Jean Seberg. In some shots a barely glimpsed heavy-set but still beautiful older woman appears, standing behind Nico while Nico plays the piano like the phantom of the opera. Later, and shockingly, Seberg inexplicably slaps Nico hard across the face. Seberg committed suicide in 1979, the year this film was released. This surely represents her last-ever film appearance.

Zouzou gets equal screen time and is certainly charismatic, but it must be said the film belongs to Nico. In her haunting close-ups she suggests a post-punk Greta Garbo or Marlene Dietrich. Even in the 1930s some of Garbo and Dietrich's most mesmerising on screen moments were silent close-ups of their faces (i.e. the concluding scenes of Queen Christina and Morocco). Their allure was not dependent on dialogue or voices – they cast a spell with just their faces. In Les Bleu des Origins Nico does the same.

As the film continues, the mood of distress and impending tragedy grows more overt. Towards the end Nico is shown crying genuine inconsolable tears, her breath visible in frosty night air, wrapped in a headscarf, seemingly not acting. Her depression is tangible. For someone lazily described as an ice queen who sang in a bored monotone, Nico here convincingly projects raw emotion: her presence aches with a heavy sadness.

Sometimes hypnotic, sometimes catatonic, Les Bleu des Origins is as bleakly beautiful as Nico's best music and was obviously a personal and artistic statement. If the film does represent the end of their relationship, it is certainly a last cinematic love letter from Garrel to Nico. 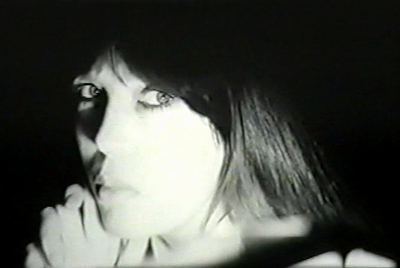 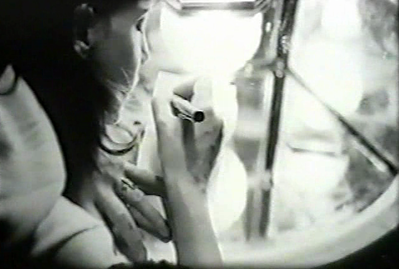 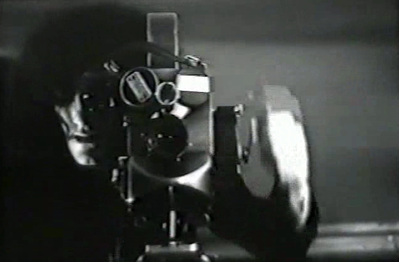