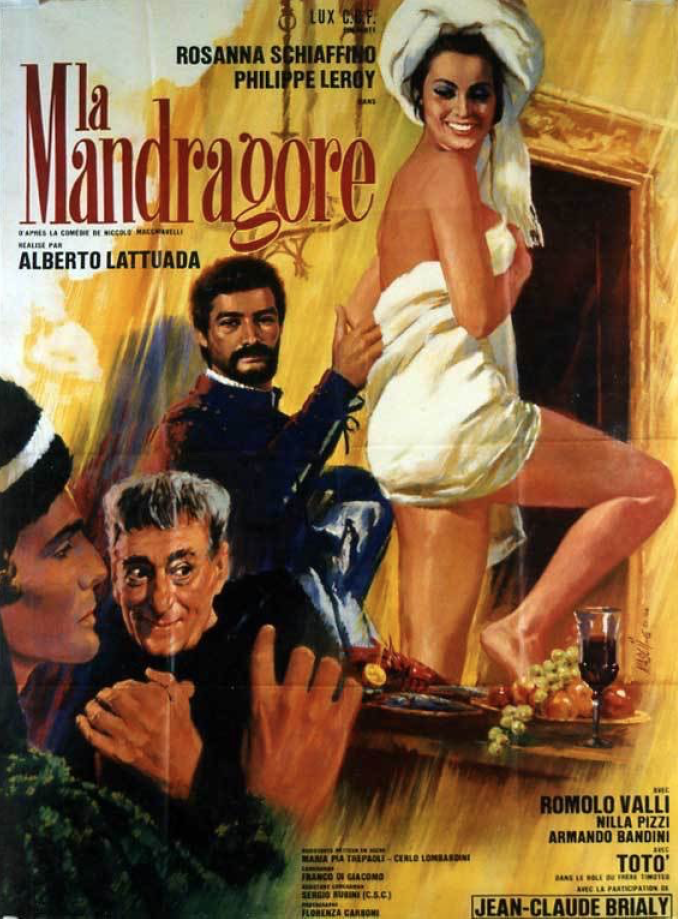 The passage of time has vitiated "Mandragola," Machiavelli's cynical lampoon of 16th-century Florentine morality and the fabulous fertility attributes of the mandrake root. As presented in the Italian period comedy that was exposed at the Cinema Rendezvous yesterday, the satire and the legend, which is as ancient as the Book of Genesis and credulous human beings, are relayed with the approximate subtlety of jokes at a bachelor dinner. The critical thrusts at a dissolute, often irresponsible society that made "Mandragola" a classic of Italian literature are all too rare in this energetic, if obvious and broadly played farce. 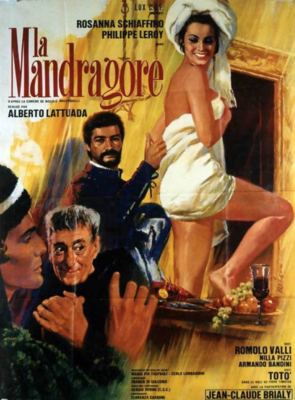 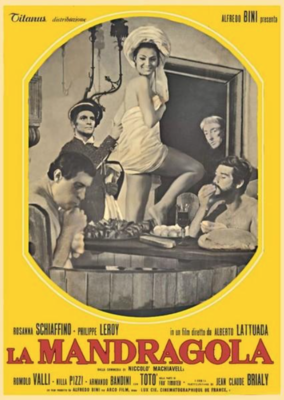