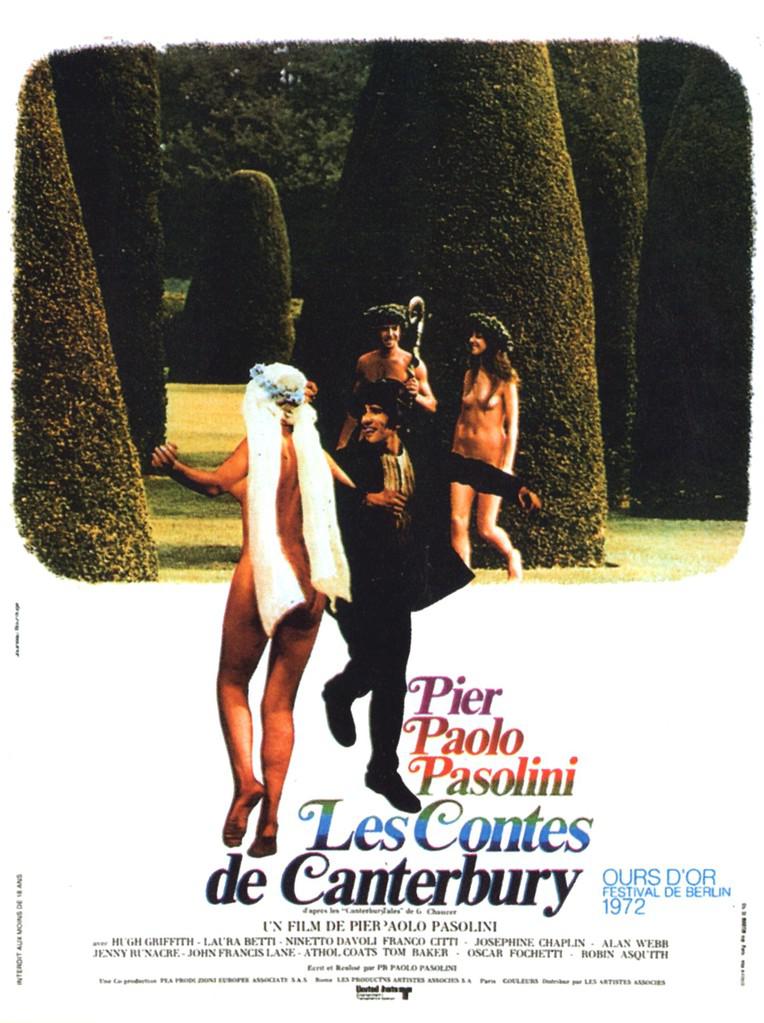 Based on the medieval narrative poem The Canterbury Tales by Geoffrey Chaucer. It is the second film in Pasolini's 'Trilogy of Life'. The adaptation covers eight of the 24 tales and contains abundant nudity, sex, and slapstick humor. Many of these scenes are present or at least alluded to in the original as well, but some are Pasolini's own additions. The film sometimes diverges from Chaucer. For example, The Friar's Tale is significantly expanded upon: where the Friar leads in with a general account of the archdeacon's severity and the summoner's corruption, Pasolini illustrates this with a specific incident which has no parallel in Chaucer. Two men are caught in an inn bedroom committing buggery. One is able to bribe his way out of trouble, but the other, poorer man is less fortunate: he is tried and convicted of sodomy—it doesn't occur to the judge that such an act cannot be committed by one person alone—and is sentenced to death. As a foretaste of Hell, he is burned alive inside an iron cage ("roasted on a griddle" in the words of one spectator) while vendors sell beer and various baked and roasted foods to the spectators. 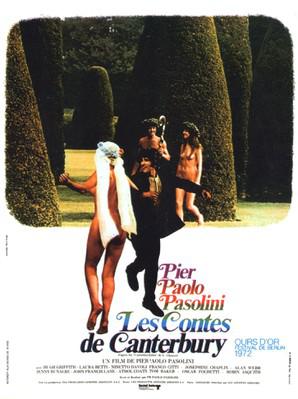 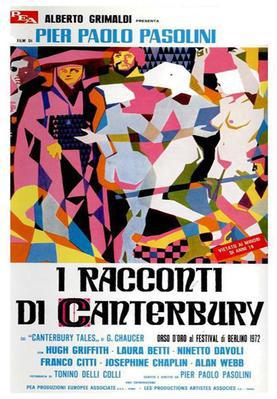 The Gospel According To Matthew (1965)