Southwest Ireland. Since time immemorial, every year when school starts again, the schoolboys of Ballydowse declare war on those of Carrickdowse. This year, the troops are commanded by two of the most valiant chiefs ever: Fergus with the Ballys and Geronimo with the Garricks. At the first battle, the Ballys take a prisoner which inspires Fergus with a brilliant idea: get the prisoner punished by his own parents and, to do that, what could be easier than ripping off all his buttons?

The Americans, Italians and Japanese had been trying for years to obtain the remake rights for "War of the Buttons", Yves Robert's film based on the novel by Louis Pergaud. But the Guéville production company and the writer's heirs had always refused. When David Puttman wrote to Xavier Gélin, he didn't ask for the remake rights but a meeting. Despite a probable negative reply, Xavier Gélin and Stéphane Marsil felt that they couldn't refuse to see the great English producer. They were right for the meeting was a decisive one. Puttman had no desire to exploit the old hit but rather tackle it in a new way and he himself suggested setting the film in Ireland. Yves Robert accepted because Ireland still has its authenticity. From that point on, the coproduction between the English and French companies became self-evident. 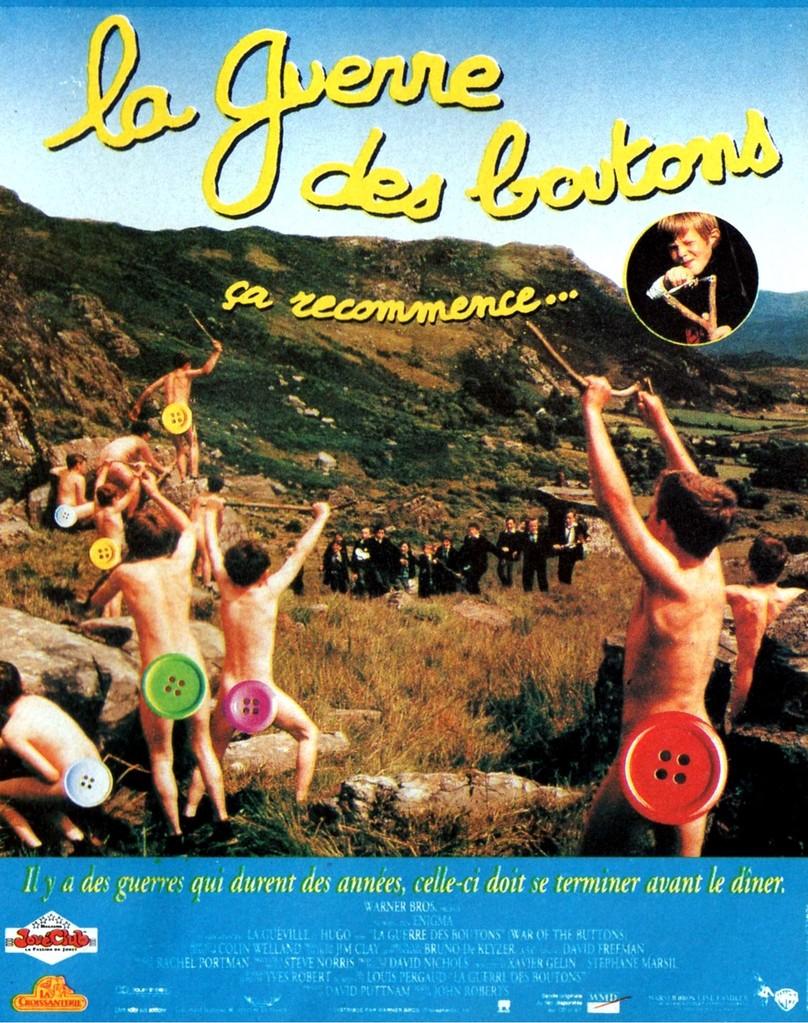