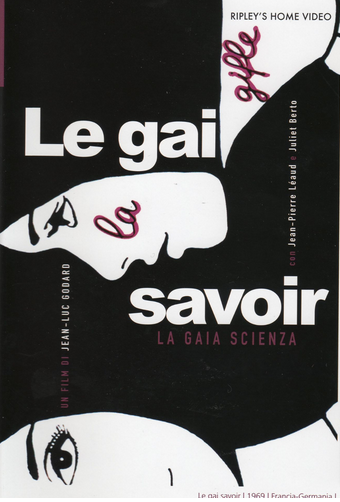 The setting is a darkened soundstage with only a single light to illuminate two actors who discuss philosophy. The philosophy reflects the director's most radical thoughts about making films. When not discussing films, the two play word-association games. Though named Le Gai Savoir, this film is not based on the book of the same title by Friedrich Nietzsche but, very loosely, on Jean Jacques Rousseau's Emile. 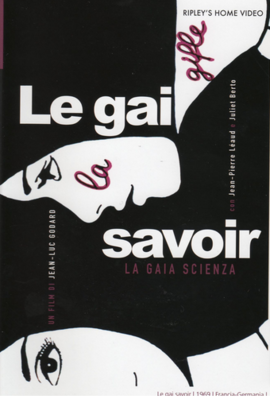 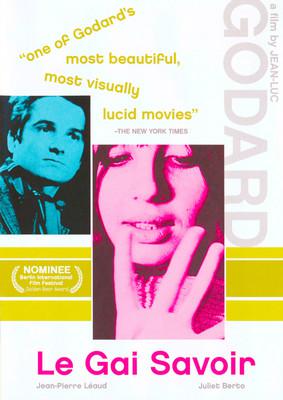 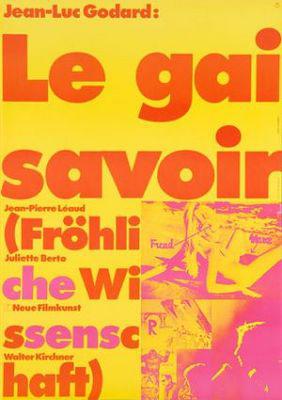