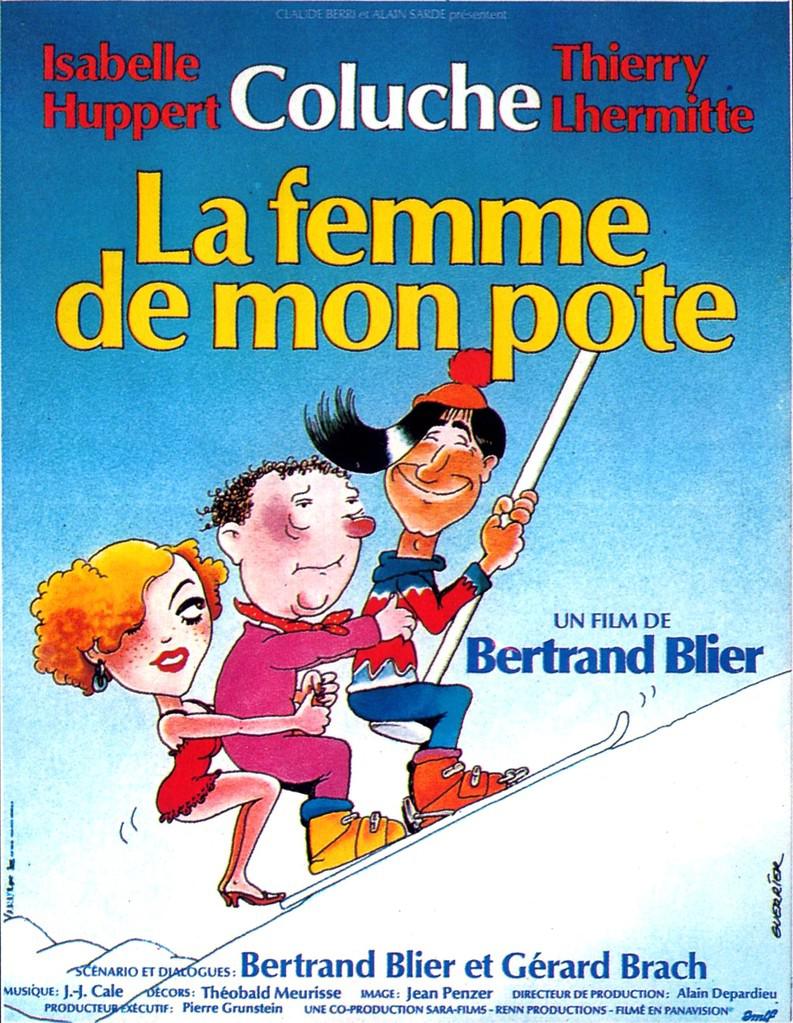 Viviane, an attractive Parisienne, is out looking for some fun during her vacation on the ski slopes of Courchevel in the Alps when she starts up a relationship with a great-looking sportswear salesman, Pascal (Thierry Lhermitte), but at the same time, she is entranced by Micky, a little chubby disk-jockey in a night club (Coluche). Come to find out, the salesman and the disk-jockey are best friends, complicating matters for everyone, especially when the disk-jockey begins to find his buddy's new flame irresistible...

The story of two buddies whose friendship is altered by an accommodating woman, a creature who is luscious but either passive, duplicitous or dim, is practically a staple for Bertrand Blier, the director of ''Going Places'' and ''Get Out Your Handkerchiefs.'' That Mr. Blier's casual misogyny continues to have its light side is really no small accomplishment.

In ''My Best Friend's Girl,'' he tells of a good-looking sucker named Pascal (Thierry Lhermitte) who works at a ski resort and who one morning invites his older, mother-hen of a best friend, Micky (the French comedian Coluche), to meet last night's catch. There, in Pascal's bed, is the coyly adorable Viviane (Isabelle Huppert), wearing little more than a determinedly seductive smile.

''From now on, she's my most precious possession!'' declares the wildly enthusiastic Pascal, who happens to work during the day. He orders Micky, who's on the night shift as a disk jockey, to keep an eye on Viviane - a chore that Micky somewhat overdoes, thanks to Viviane's inexhaustible flirtatiousness. ''How can you be such a tramp?'' Micky later asks with wonderment. ''I've had lots of practice,'' Viviane answers calmly. ''I was lucky enough to start very young, so it's become second nature.''

The sheer casualness with which the Pascal-Viviane-Micky triangle develops is one of the best things about ''My Best Friend's Girl,'' which sustains its offbeat and sardonic tone for much longer than might sound possible. The action takes place in Pascal's peculiar lair, which is the ski bum's equivalent of a tree house - there are all manner of odd passages and ladders, even a movable hatch that separates the building's two floors. Here, the three principals interact with the constant schussing of tiny skiers in the distant background; there's even a ski tow that goes right by Pascal's front door. This is by no means the least eccentric thing about the movie, since each of the characters has plenty of visible quirks. The plump Micky sleeps in pastel-color long underwear, with a bandana tied rakishly around his neck. Viviane likes to do the housecleaning wearing black lingerie and fluffy red mules.

''My Best Friend's Girl,'' which opens today at the Plaza, remains amusing for as long as this air of whimsy can prevail. When it eventually settles down to the issue of the two men's friendship and to the war between the sexes, it does so with more sodden results. ''Can men and women be just friends?'' Micky is made to wonder ruefully. ''It'd be nice for once,'' says Viviane, who by the end of the film has shown the strongest real emotion here. She sheds a single, mascara-streaked tear.

As the tough-cookie courtesan of Mr. Blier's latest sex fable, which the director wrote with Gerard Brach, Miss Huppert reveals a talent for coolly poised comedy; she is funny and delectable in what might have been quite an unappetizing role. Mr. Lhermitte makes a durable straight man, although there's so much going on around him that he can't help seeming the odd man out. And Coluche, in making Micky's overprotectiveness of his friend seem charming rather than deeply neurotic, makes a most important contribution to the movie's fanciful tone.

''My Best Friend's Girl'' isn't Mr. Blier at his most radical, but one needn't necessarily miss that side of his talent. It's slight but funny. What it reveals about relations between the sexes isn't powerfully illuminating. But it has a lot to say about ski resorts, that's for sure. 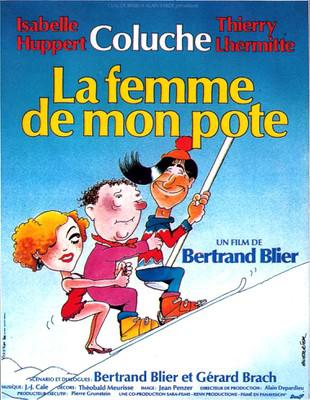 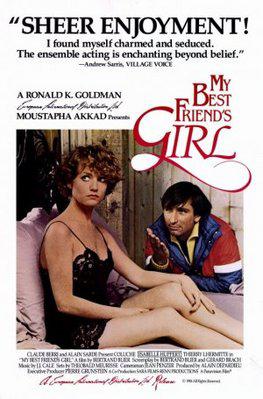 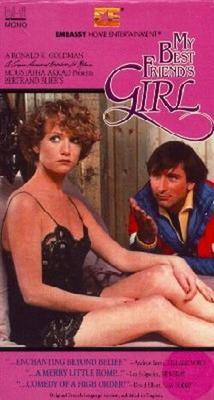